Asbestos and developing a Block

Yes you looked at that new deal – demolition, followed by split the block and sell one and build a house on the other. The financials look good but hang on the building inspector mentioned something about asbestos in the building to be demolished!

Shouldn’t be a problem will just get the demolisher to cart it away with the other rubble.

Six months go past you’re trying to sell the new block and build on the other but the new builder won’t go on it or build on it because of the asbestos contamination all over it……..

We see this all the time (even on a recent Property Development Bus trip). The blocks have been left contaminated with asbestos debris everywhere. 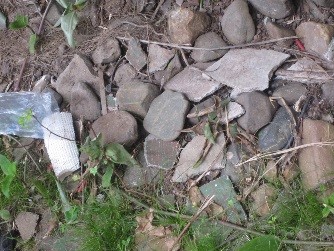 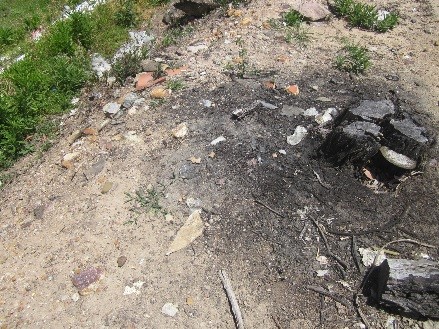 It’s not just from rooves and fences however, most of the entire house you just knocked down was asbestos, including the roof, walls, some internal ceilings and walls, floor coverings, various pipes and electricals.

You didn’t know that you needed to remove the asbestos before you knock down a building in Australia? Hmmm when you receive your notice from the Council and then the fine and then your neighbours call Workplace Health and Safety because they saw the sheeting being crushed and a lot of dust was generated and no precautions were taken and you’re facing another fine and even gaol time because it made the evening panic news story and they can easily get video of your blocks, what will you do then? Your demolisher will also face a fine but if you didn’t tell him about the asbestos then you are at fault because when you engaged him it became a Workplace and you became the Person with Control of the Business or Undertaking (PCBU). During the actual demolition the demolisher is the PCBU but it’s now too late your left with contaminated blocks of land to try and sell or build on.

Many demolishers won’t remind you because they can get in and get out quick and you’re left holding the bag. Reputable ones will remind you (mainly because they can charge an extra profit fee on top with minimal extra work by them) and will know the forms and routine on how it’s done properly.

What you should do is ensure firstly that your demolisher has an asbestos licence for removal of the asbestos prior to demolition (it may even only happen in the day/s before demolition) and that your confident they know what they are doing (check references especially previous clients). Also that you receive from them an Asbestos Clearance Certificate saying the site is safe to re-occupy after demolition regarding asbestos removal and also a copy of the waste disposal certificate (so you know they didn’t use it for landfill somewhere on your blocks or somebody else’s).

If you want to be really on your game and not blindly trust the demolisher you can engage an independent company to carry out an Asbestos Audit or Asbestos Survey of the building so that you can see if the so called asbestos walls they charged you for really were asbestos or actually masonite (wood). Yes I have seen people charged for asbestos disposal of wood!

A cleanup of the site after the contamination and then a Clearance Certificate is much more costly to you than having the correct procedure carried out during the demolition process and during your continuing construction excavations further asbestos may be unearthed leaving you with more problems and delays.

Asbestos doesn’t need to be a drama just think of it as another step in the process- disconnect power (electrician) disconnect water (plumber) locate and remove asbestos then demolish building, receive clearance then keep going.