Common places to find Asbestos in your home 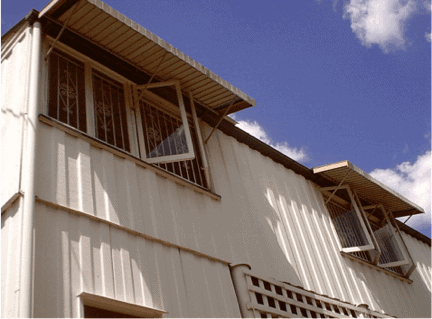 In the 19th century, the building industry was all about asbestos. This fibrous mineral was used in anything from ceiling insulation and floor tiles to fences and wall cladding. Over two thirds of Australian houses today will have asbestos used in their construction in some shape or form – and that includes ALL houses built prior to 1984.

So where are the most common places to find asbestos in your home? Well, it depends a lot on where you live.

House design in Australia varies greatly from state to state – often even from city to city – due to different climactic conditions, and this determined where asbestos was likely to be used.

In colder climates, such as Canberra, sprayed asbestos was used in houses in an attempt to insulate house ceilings – and hot water pipe insulation was mandatory.

In warmer areas of the country, insulation to limit heat loss in homes was not an issue, so there is less chance to insulation materials containing asbestos were used in hot water pipes and systems. However, weather resistance as well as ease and construction/repair from storm damage were important, so asbestos may have been used in those areas of the home.

Do you live in a bushfire-prone area or a suburb on the city fringes? During the 20th century, homes in these areas required asbestos fencing in an effort to contain bushfire outbreaks. For similar reasons, some councils also required asbestos cement fences if the property was adjacent to a park.

Nation-wide, common uses of asbestos in houses include:

However, keep in mind these are only SOME of the areas where you may find asbestos.  If you are thinking about renovating your home (especially if it was built before 1990), you should hire an asbestos expert to conduct an audit of your home. They will be able to identify – and help remove safely – any asbestos-containing materials. NEVER attempt to remove asbestos yourself.

For more information about common places to find asbestos in your home (including pictures), get a copy of our book Identifying Asbestos in your Home.